Female Genital Mutilation is the practice, traditional in some cultures, of partially or totally removing the external genitalia of girls and young women for non-medical reasons. The practice is found in Africa, Asia and the Middle East, and within communities from countries in which FGM is common. The procedures are generally performed by a traditional circumciser (cutter or exciseuse) in the girls' homes, with or without anaesthesia.

The cutter is usually an older woman, but in communities where the male barber has assumed the role of health worker he will perform FGM too. When traditional cutters are involved, non-sterile devices are likely to be used, including knives, razors, scissors, glass, sharpened rocks and fingernails. It's also known as "female circumcision". FGM violates a person's rights to health , security and physical integrity , the right to be free from torture and cruel inhuman or degrading treatment.


Some people has undergone fgm and has passed through lots of pain: Click here to watch video Watch

These are the types of fgm 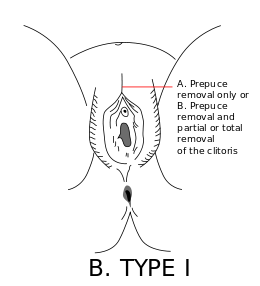 Clitoridectomy involves removal of the clitoris, part of all of the labia minora, and, often, all external soft genital tissue. 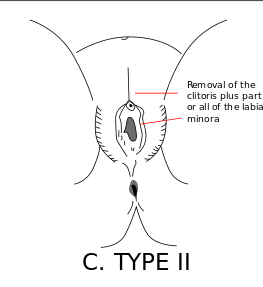 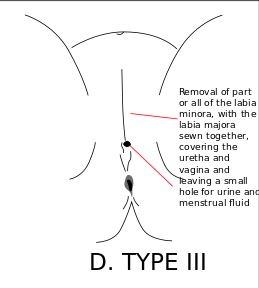 It is the most severe form of Girl’s legs bound after fgm type III female genital mutilation/cutting. And it involves the narrowing of the vaginal opening by creating a covering seal. The seal is made by cutting and repositioning the labia minora and/or the labia majora. The labia minora and/or labia majora are placed side by side and stitched together for some time; sometimes, the girls’ legs are tied together. This procedure creates the covering seal. The small opening allows passage of urine and blood. This entire process occurs with or without removal of the clitoris (clitoridectomy). 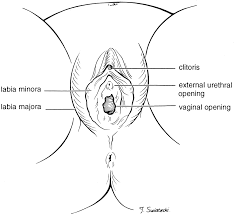 These are the implications of Female Genital Mutilation

Here are the possible solutions to fgm:

THE TIME TO END FGM IS NOW LETS END IT TOGETHER!!!